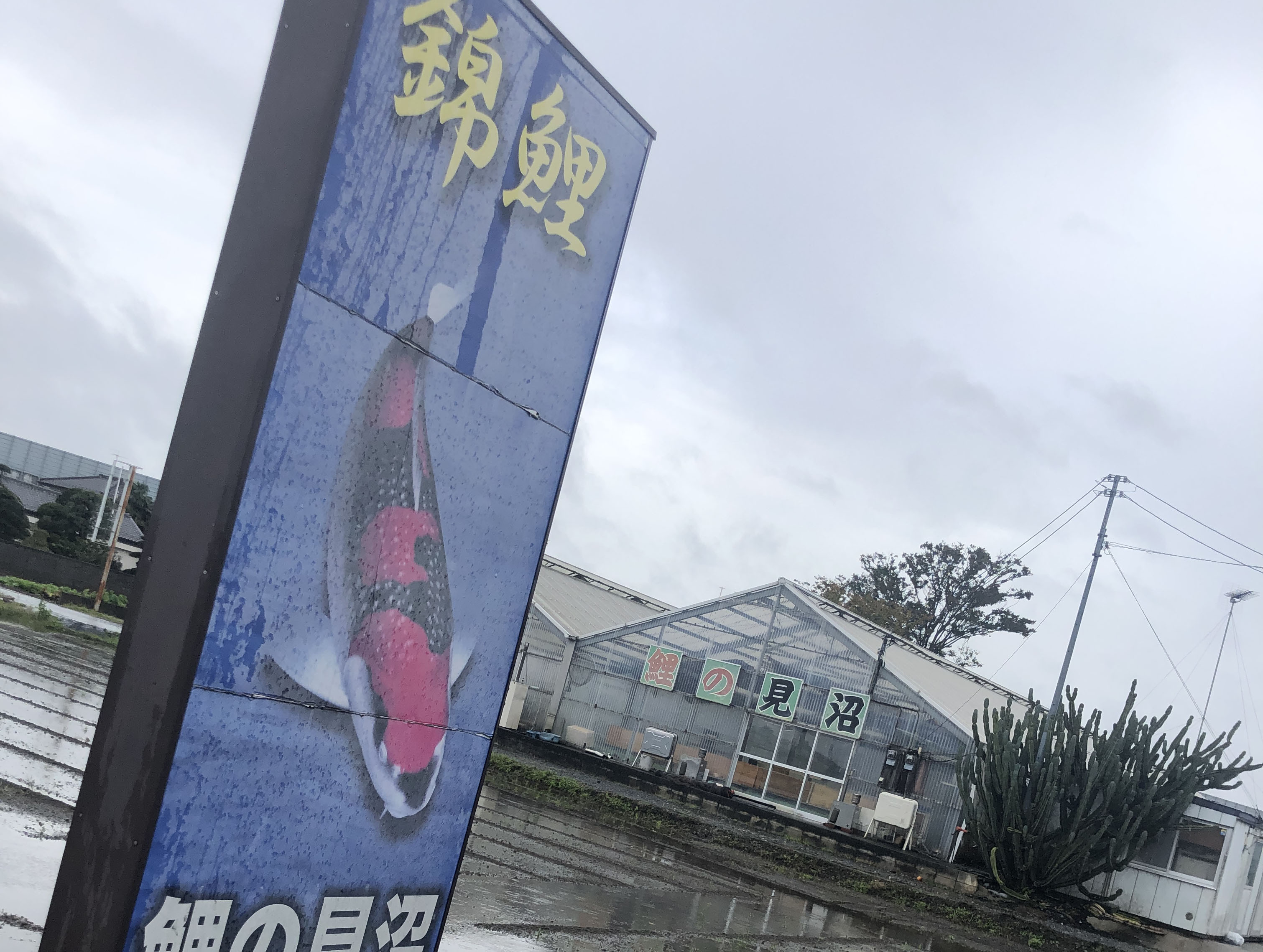 News
By: Exclusively Koi
November 11 2019.
A masterclass to remember!

During our recent trip to Japan we had the privilege of visiting Kenichi & Riki Wada of Minuma Koi farm. Renowned across the koi world for their Goshiki & Gin Rin Goshiki, we also discovered they produce outstanding Sanke, Gin Rin Showa, Showa & Gin Rin Kohaku. Minuma are very strong in the Japan Koi show scene throughout most size catergories and this became clear on walking around the farm as the calibre was very high.

Walking around the farm with Kenichi san it was clear the quality the farm produces, which is evident from the show success in all size catergories, and a testament to the Brothers dedication to their koi production. 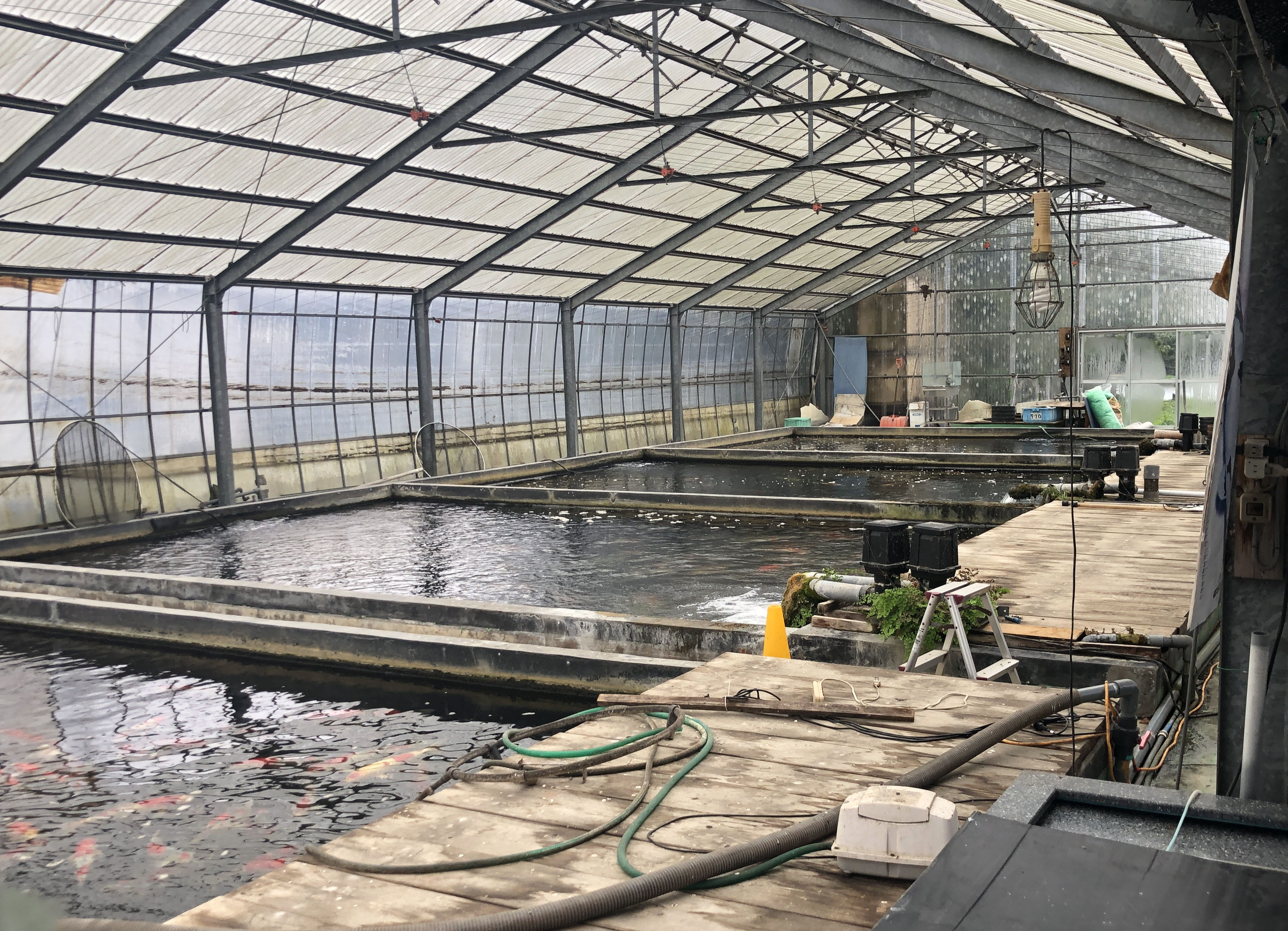 Showing us various different examples from different bloodlines and how the transformation from Nisai to Sansai takes place the knowledge being shared was priceless and worth the visit alone. Taking Kenichi sans wealth of knowledge on board, something which I will definitely keep in mind when selecting his Goshiki in the future, it was time to try and purchase a few pieces.

So…. It was time to get some fish In the bowl! There were not so many fish for sale here at the time of our visit, but as we were offered to select from two ponds of koi we knew we would be walking away with something exciting. Bowling numerous Goshiki & Gin Rin Goshiki it was clear that two in particular were really standing out. Body lines on Goshiki that I have never seen before along with really broad mouths It gave a good indication that they had potential to grow big. Asking Kenichi san more about the 2 Koi in question we were joined by his brother Riki who hadn’t come empty handed, he had photos of the 2 Koi. Riki gave current Nisai pictures and also pictures & records from Tosai, they keep such records for every fish they produce. This sort of treatment from a breeder was so refreshing for me ,that they wanted to share this with you and also gives you a better perspective of the Koi and how they have done from Tosai to Nisai. This was the ultimate sales pitch! 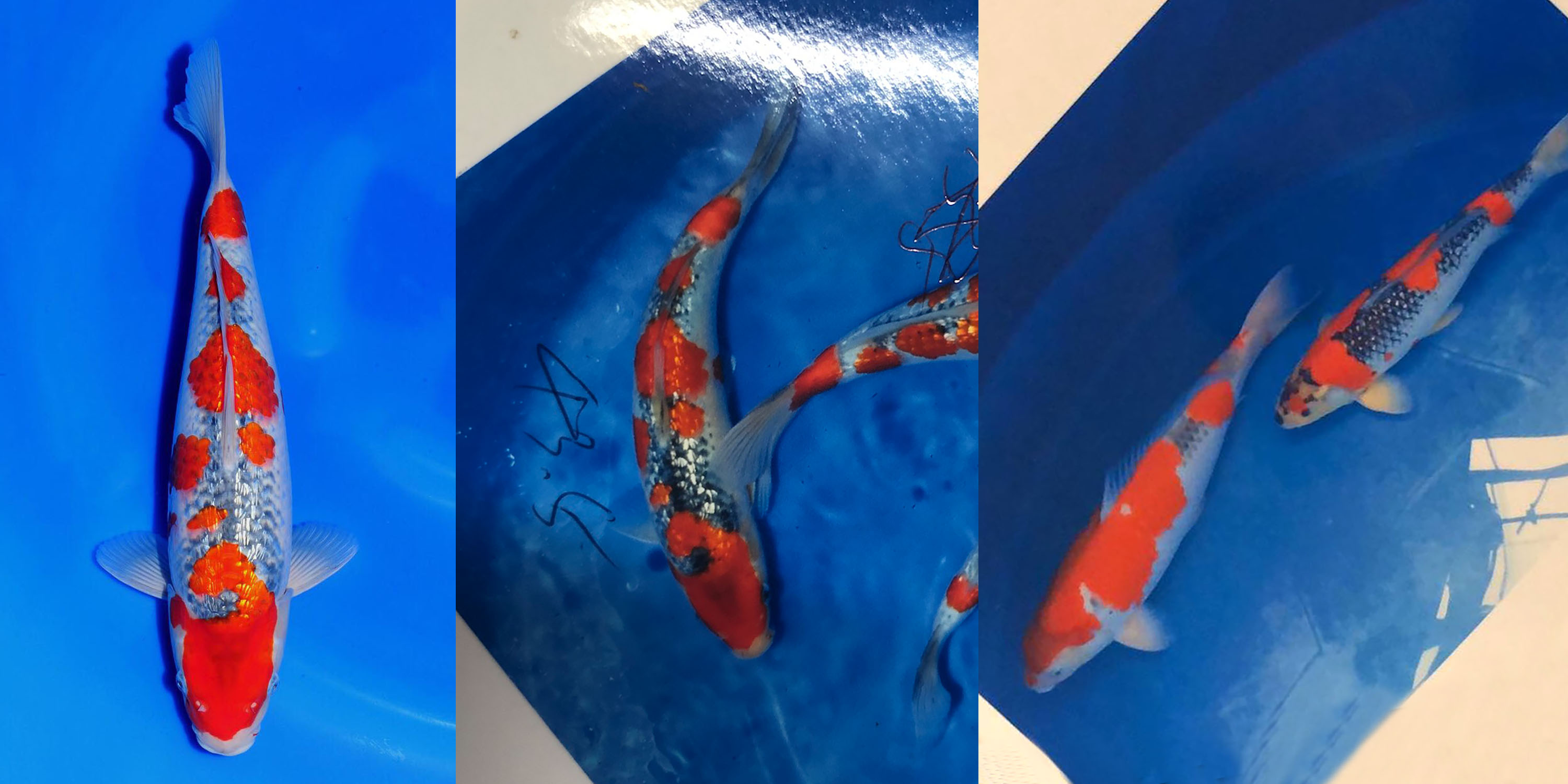 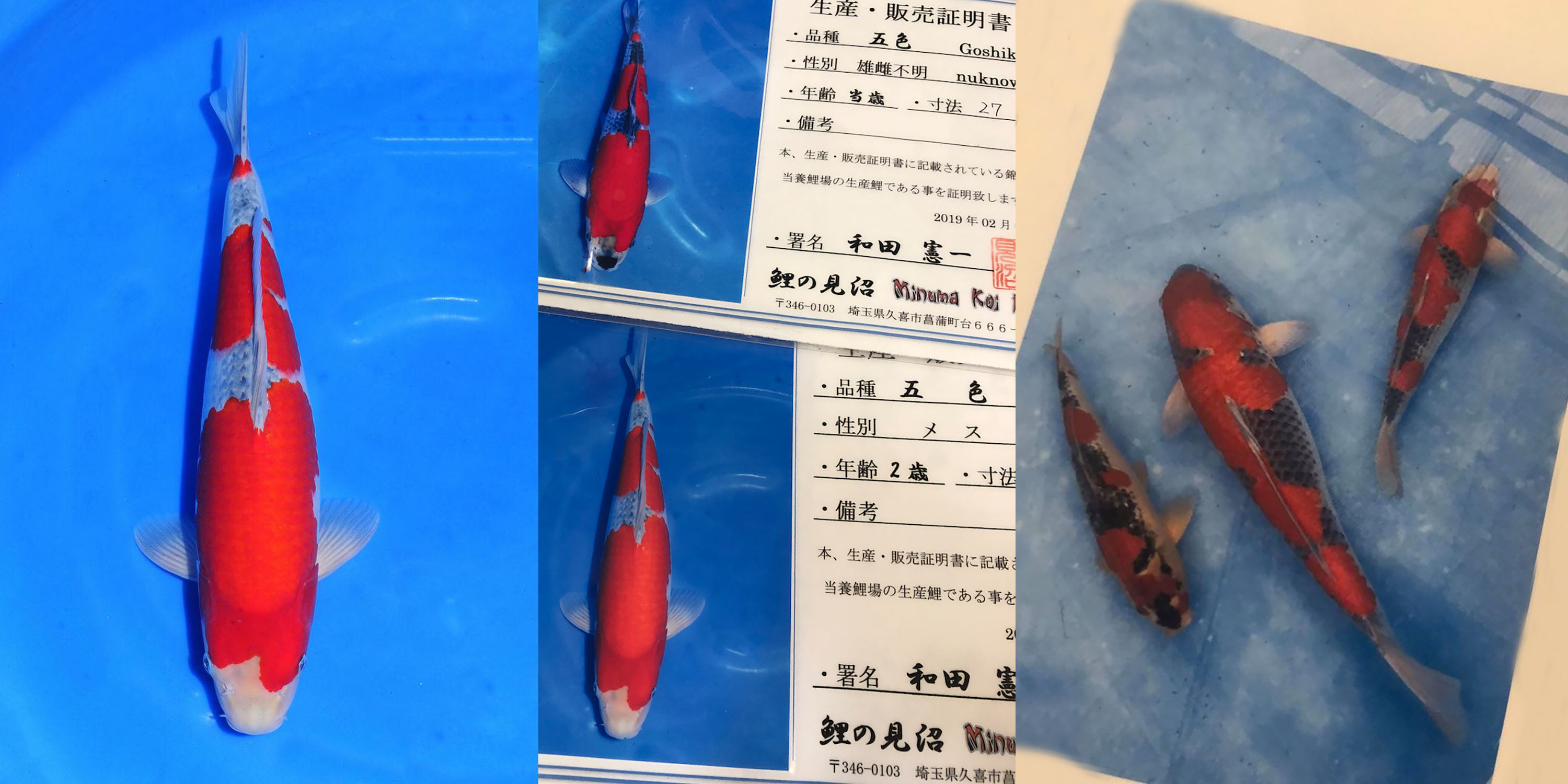 Deal done! It was agreed with both brothers that both Koi would stay as Azukari for a further year but also to give us a better understanding of how these Koi develop and see what sort of growth you can expect from Mimuma lineage. Kenichi san then went on to say that these Koi would look different by February, as these Koi had just been harvested the sumi was down due to being in the mudpond, this would become nice and strong with a few months in a concrete pond. Seeing a selection of Sansai at the farm it was clear that these Nisai have a great pedigree as the majority of Sansai I would say were in the region of 60cm.

Before it was time to say our goodbyes both brothers invited us into their office where we were offered refreshments and yet again discuss more about their Koi. Riki san supplied me with pictures of the parent Koi sets to both Koi and also the certificates to each Koi. As he gave me the certificates he also pointed to the wall behind where they had many pictures of previous show winners and also Koi purchased from other Breeders around Japan only to notice our Goshiki as Tosai on a certificate which he wanted us to have. Time to go! Saying thank you to both brothers I would leave there with a massive smile on my face and it has to be one of my most memorable visits to any breeder! I look forward to visiting here again in the near future and showcasing more Minuma Koi here in the UK.